2022 is going to be a big year for sustainability, and leading the trend is the shift to vegan luxury, says  Jill Ettinger on Plant Based News. Let’s check her opinion.

It doesn’t feel like all that long ago that bringing your own tote bags to the supermarket seemed like a revolutionary response to the mounds of flimsy supermarket plastic bags most of us still have lurking deep in the crevices of our kitchens. It was a turning point in the sustainability conversation, and we’ve come a long way from the bring your own bag days (but hopefully still bringing them!).

Today, there are victories for the planet everywhere we look—from the electric cars we can now plug in while we do our grocery shopping, to the ever-increasing number of plant-based options lining those supermarket shelves in an effort to reduce emissions-heavy meat, eggs, and dairy.

We produce 300 million tons of plastic every year, and more than 10 million tons of that wind up in our oceans all while we pull trillions of fish out of those waters throwing off the oceans’ ecological balance – the consequences of which we barely understand, let alone are prepared to fix.

There are more devastating forest fires, hurricanes, and tornadoes than ever before. Fresh water and healthy soil become less available with each changing season, and our lowest-income communities feel the biggest brunt of our warming planet.

Innovators are hard at work developing ways to decrease our impact in nearly every area of our lives from transportation to food to medicine and all the rest of it. These are good things. But is it too little too late?

I can’t help but wonder if my grandchildren will look back on this time more awed by the horrors our planet faces, or more awed by the geniuses who refused to give up the fight to fix it all. I guess all of that depends on what our future looks like. At this point, it’s still anyone’s guess.

Ever the optimist, it’s the solutions that I hope stick. We’re only going to solve this climate crisis with innovations that look at our problems in new ways. The best of those do something else, too: they also hold the potential to improve our overall quality of life.

For example, vegan burgers, even the greasiest of the bunch, are healthier for our hearts than beef – decreasing the risks for the number one killer in the West: heart disease. Electric vehicles don’t create the tons of pollution that take ten million lives a year. 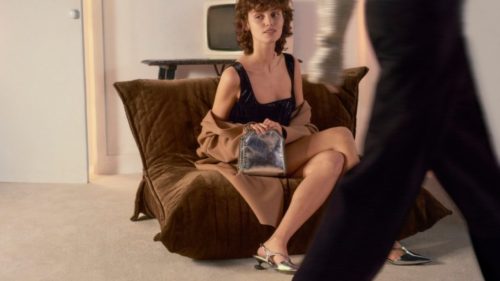 While it seems to be an indiscriminate threat, the impact of climate change brings a disparity that can’t be ignored if we’re to fight this crisis head-on.

A recent study led by Nobel-laureate economists for the World Inequality Lab came to a startling discovery. It identified “emissions inequalities” with the world’s richest ten percent of the population responsible for half of all global emissions. By contrast, the poorest half produces just 12 percent of all emissions.

“There is a fundamental problem in contemporary discussion of climate policy: It rarely acknowledges inequality,” Lucas Chancel, the study’s lead author, wrote in The Guardian. 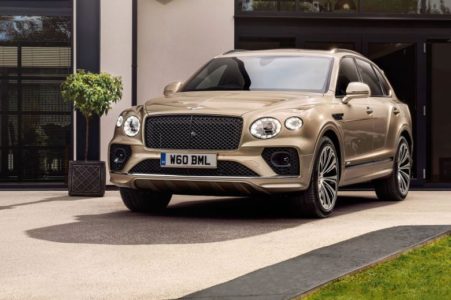 Long indistinguishable from indulgence and decadence, luxury brands are aware of their contributions to the problem, and many are working harder than ever to prioritize shifts toward more sustainable and equitable practices. This is an important first step, particularly because the luxury market is giant, totaling more than $3 trillion across fashion, beauty, automotive, travel, jewelry—not to mention the contributions from food, alcohol, and wellness.

In the automotive industry—one of the biggest climate offenders—change is happening fast, thanks in large part to regulations and restrictions on combustion engines. But one of the biggest shifts in the EV market is not in the engine or charge range, it’s luxury brands’ embrace of vegan leather. While it may seem to be a small part of the automotive focus, it’s one with a big impact. Cattle are one of the leading producers of methane, a greenhouse gas more destructive than carbon, and they also put tremendous strain on resources including land, fresh water, and grains.

Tesla has been leading the vegan leather charge, but BMW and Volvo have both embraced vegan leather to further their environmental commitments. Given that animal leather has long been considered the epitome of luxury car interiors, this represents a new way forward, and surely much more to come as some of the biggest names in luxury vehicles like Rolls Royce and Bentley gear up for big EV launches in the near future. 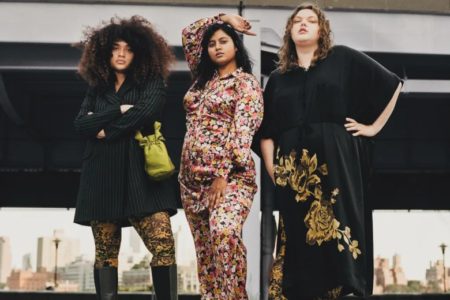 The same can be said for fashion, where leather, wool, and fur have been the aspirational items on runways and in department store windows for decades. But that too is changing in a big, big way. Demand for fur has dropped so much that major retailers and even fashion magazines have done away with it. Even animal rights group PETA has shifted away from one of its most successful campaigns, “I’d Rather Go Naked Than Wear Fur.”

Top designers have replaced fur with eco-friendly faux options that look and feel as luxe as animal fur only without the cruelty.

This same shift is happening here with leather, too. We think of leather as coming from cows – but leather can also come from dogs, goats, and kangaroos, among other animals. Vegan leather is already popular with luxury labels like Stella McCartney, Karl Lagerfeld, and Hermès – and it’s going to be the biggest trend in luxury fashion in 2022 without a doubt.

Earlier this month, Tommy Hilfiger and Calvin Klein announced their partnership with vegan mushroom leather producer Ecovative, signaling that 2022 could see the release of a number of vegan leather options.

Kering’s Gucci and LVMH’s Louis Vuitton have both also embraced vegan leather, opting for sustainable, recycled, or bio-based materials instead of animal skins.

Louis Vuitton launched its own sustainability label, designed by the late Virgil Abloh, to help orient its customers to all of its sustainability practices.

Italian luxury fashion house Prada has long championed its Econyl – a recycled nylon material – that it uses in place of leather.

This shift is happening across wool and cashmere, too, even as increased demand has driven down prices in recent years. Consumers are seeking out textiles that don’t take such a heavy toll on animals and the environment as wool or cashmere. (Read why cashmere is a big problem in particular, here.)

Even though we’ve seen some of the biggest shifts happening in our food system in recent years, the biggest trend is no longer another vegan burger or nugget showing up at your favorite drive-thrus. It isn’t even oat milk in all its coffee shop ubiquity.

The shift is happening at top restaurants around the world, from Eleven Madison in New York City to Jean Georges in Los Angeles, and Geranium in Copenhagen, to name but a few. Even the anti-vegan himself, Gordon Ramsay, has embraced plants with gusto.

While meat isn’t completely off the table for most fine dining establishments, it’s being upstaged by the brilliant vegetable stylings of these Michelin-starred chefs. From foraged chanterelles to legumes, greens, and whole grains, luxury dining is ditching the foie gras and caviar for food that’s healthier, more sustainable, and more ethical.

The wine and spirits industries are going eco, too. Cameron Diaz’s Avaline wine is wholly committed to organics. Whisky giant The Macallan just launched its first bio box made from cacao pods leftover from the chocolate industry. Kendall Jenner’s 818 tequila is built on a sustainability ethos that helps to protect Mexican agave and the Mezcaleros who produce it.

Luxury beauty is also seeing a big and long overdue shift. There’s a trend toward the clean yet clinical where plant-forward vegan ingredients that aren’t tested on animals are becoming the new norm.

L’Oréal says 95 percent of its luxury cosmetics will be sustainably sourced by 2030. Kim Kardashian recently pulled her KKW Beauty products offline to reformulate better and with cleaner, more sustainable ingredients.

With the recent launch of a new sustainable beauty SPAC, vegan brand Milk Makeup is helping to pave the way forward for clean, green, and ethical beauty products. And more is surely on the way.

The luxury industry is embracing ethics in big ways—a trend that’s only scratched the surface. Vegan singer Billie Eilish made headlines in September when she stunned at the Met Gala in an Oscar de la Renta tulle dress worn on the condition that the label ditch all fur forever.

Cartier recently partnered with Kering on the first formal sustainability initiatives for the watch and jewelry industries that will bring more emissions-cutting efforts and transparency to the luxury jewelry industry.

Diamond giant De Beers partnered with National Geographic to help protect one of the most vital resources to the continent of Africa – the Okavango Basin. Its waterways are crucial, serving as the freshwater source for a million people and millions of animals, many of which are endangered.

One of the most exciting things about all of this is that, despite a history of prioritizing animal products and opulence, the luxury market has always been about quality and craftsmanship.

Most luxury brands often have similar origin stories: small dress, suit, or luggage makers, even automakers, convinced there was a better way to do things. Driven by quality and artistry, sustainability has long been a built-in.

Somewhere along the way, that message got lost in status and selfies. But it’s that original slow ethos – whether food, beauty, or fashion – that’s finally returning as many of us strive to make our lives as sustainable as possible.

And it all just may be enough to slow the looming climate crisis.

The year ahead looks promising, where luxury and style aren’t the only markers of quality. Ethics and responsibility, it turns out, are just as important.

Check out a few top sustainability trends in food, fashion, and more for 2022 over at Ethos.

The fashion industry, especially since the rise of fast fashion, is among the most damaging industries for the environment, responsible for 10% of global carbon emissions and 20% of global wastewater. Let’s read the full story here.