The UN Development Programme (UNDP) and partners announce the winners of the 12th Equator Prize, recognizing local and Indigenous communities worldwide. The winning organizations showcase local, innovative, nature-based solutions for tackling biodiversity loss and climate change and achieving their local development goals even during a pandemic.

Year of the establishment of the Prize: 2002.

Equator Prize winners demonstrate the benefits of placing Indigenous and local communities’ knowledge and practices of nature-based solutions at the heart of local development. When we are facing an unprecedented planetary crisis, it is essential to showcase actions that restore our sustainable food systems, mitigate climate change, and protect nature while also contributing to green recovery from the pandemic. 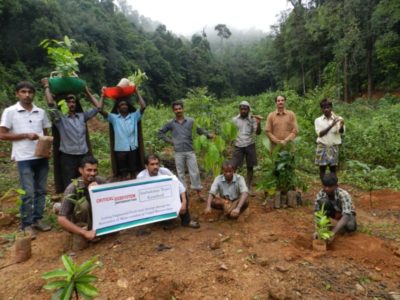 “We need a profound transformation in our economic and development models that will drive forward the protection and restoration of our natural world,” said UNDP Administrator, Achim Steiner. “This year’s Equator Prize winners demonstrate that this transformation is already happening across the globe — their incredible nature-based solutions provide a blueprint to solve our planetary emergency.  This year’s winners exemplify the kinds of changes we need now, and they provide us with inspiration to follow in their footsteps. We are grateful to the Government of Norway for its generous support to the Equator Prize 2021.”

The winners were selected from a pool of over 600 nominations from 126 countries by an independent Technical Advisory Committee of internationally renowned experts.

Equator Prize winners receive US$10,000 and the opportunity to take part in a series of special virtual events associated with the UN General Assembly and the Nature for Life Hub later this year. They will join a network of 255 communities from over 80 countries that have received the Equator Prize since its inception in 2002. The Equator Prize 2021 Award Ceremony took place virtually on 4 October here.

This year’s winners include locally-led cooperatives marketing sustainably harvested fruits and organically grown crops as an alternative to logging and poaching in forest reserves; an Indigenous group fighting to protect their ancestral territory from oil exploitation; a local organization protecting critical wetland ecosystems, helping mitigate climate change while safeguarding water sources for hundreds of communities; and a grassroots advocacy group promoting a transition to organic agriculture based on traditional practices, leading to a government commitment to organic-only food production country-wide within a decade.

This is the first time the Equator Prize has been awarded to a group from Kyrgyzstan. Winners are also based in Brazil, Bolivia, Cameroon, Costa Rica, Ecuador, India, Niger, and Mexico. Looking ahead to the post-2020 Global Biodiversity Framework, the winners exemplify what actions can be taken now to protect, restore and sustainably manage crucial ecosystems and biodiversity for the future of people and the planet.

Equator Prize winners will receive US$10,000 and the opportunity to take part in a series of special virtual events associated with the UN General Assembly, the Nature for Life Hub, and the UN Food Systems Summit later this year. They will join a network of 255 communities from over 80 countries that have received the Equator Prize since its inception in 2002.

The selection was based on community-based approaches that provide a blueprint for replicating and scaling solutions to address our biodiversity crisis. For example, the Fiji Locally Managed Marine Area Network (Equator Prize 2002) has seen their locally managed marine areas model  expand first throughout the Pacific and now on other continents. The Kayonza Growers Tea Factory in Uganda (Equator Prize 2015) has secured a loan for constructing a satellite factory to keep up with the success of the tea growers cooperative. 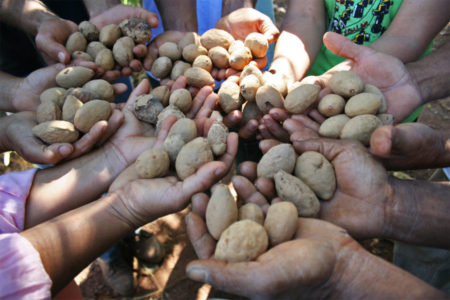 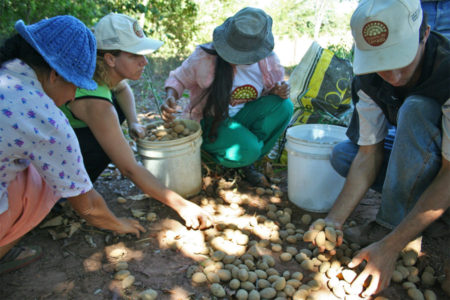 Looking ahead to the post-2020 Global Biodiversity Framework, the winners exemplify what actions can be taken now to protect, restore and sustainably manage crucial ecosystems and biodiversity for the future of people and planet.

“I am excited that the two Indigenous and local communities from India out of ten winners have bagged the prestigious Equator award for their knowledge and practices of nature-based solutions.  It is important to recognize the vital stewards who help in restoring our sustainable food systems, climate and nature, which should be at the heart of local development, especially more so in the context of COVID-19,” stated Shoko Noda, UNDP Resident Representative in India.

This 1,700-member cooperative, managed and run entirely by Indigenous people from the Nilgiri Biosphere Reserve in Southern India, has improved livelihoods across 147 villages by processing and marketing a diverse range of forest produce and crops. Through local value addition, members earn premium prices on a wide range of products including those collected sustainably from the Reserve such as honey, soap nuts and berries, phoenix leaves and others, as well as those cultivated organically such as coffee, pepper, silk cotton, cereals, spices, fruits, and many others. Shareholders regularly monitor harvesting and agricultural practices to ensure product quality and prevent overuse of resources. The company has a gender-balanced membership and a women majority among its employees, and provides hands-on training for shareholders and social enterprises across the region. 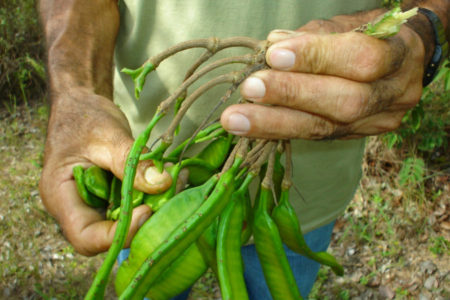 Snehakunja Trust has protected sensitive wetland and coastal ecosystems in the Western Ghats and the Karnataka coast for 45 years. With a focus on community-based restoration and conservation, this organization provides essential solutions to the climate crisis. It has supported hundreds of self-help groups and village forest committees to sustainably manage resources based on traditional knowledge, implement natural farming techniques, use clean energy, promote entrepreneurship, and provide community health services. The restoration and protection of freshwater swamps and evergreen forests safeguards endangered species, keeps significant carbon sinks intact, and maintains critical aquifers for Indigenous communities. Restoring 375 hectares of mangroves, Snehakunja Trust is currently piloting the first blue carbon project in India.

Through creative marketing of dozens of organic, sustainably sourced products from Brazil’s Cerrado ecoregion, this network of over 4,600 families improves local livelihoods, protected biodiversity, and supported the creation of sustainable-use reserves, showing a pathway to a green economy.

Coopcerrado, a farmer’s cooperative of 5,000 families, won the United Nations’ Equator Prize under the category of “New Nature Economies” due to its more than two decades of work in developing a farmer-to-farmer model of mutual support for training, commercializing and setting up organic and regenerative businesses in the Brazilian Cerrado.

The Cerrado savanna, a biodiversity hotspot holding 5% of the world’s biodiversity is also among one of the most threatened, with almost half of the biome destroyed for agriculture and a process of desertification already underway, scientists say.

To save the Cerrado, farmers and traditional extractivist communities have developed an expandable model of collective support in knowledge and resource-sharing while restoring the biome and providing an income for thousands of vulnerable families.

Bureaucratic and logistic hurdles in Brazil traditionally leave small farmers and traditional communities out of mainstream markets and industries, but bridging this gap has been one of the keys to the cooperative’s success.

When farmer Mônica de Souza Ribeiro moved into her landless settlement in the state of Goiás in central Brazil in the late 1990s, she was overwhelmed by the sheer amount of agrotoxins and chemicals deployed in the cattle- and soy-dominated region. At first, she followed suit, using chemical fertilizers to grow the vegetables that she sold for her family business. But she became increasingly concerned as she watched the destruction around her.

Brazil’s Cerrado, a Mexico-sized tropical savanna, holds 5% of the world’s biodiversity. Still, almost half of the natural vegetation has now been replaced by agribusiness — mostly soy and corn monocultures as well as cattle pastures. The vast destruction fuels desertification, threatening regional climate stability, biodiversity, and Brazil’s energy and food supplies.

Empowering Indigenous communities in the Dja Biosphere Reserve in Cameroon, this community organization promotes cocoa-based agroforestry and the collection of forest products for better local incomes while protecting a vulnerable forest.

Combining traditional knowledge and social media to ensure food security during a pandemic, the Asociación de Mujeres Indígenas del Territorio Cabécar Kábata Könana is a model for community resilience to climate change and other external shocks.

The Kichwa people of Sarayaku have won legal battles to protect their 133,000-hectare territory in the Amazon rainforest from oil drilling, logging, and road construction. Their “Kawsak Sacha” Declaration (“Living Forest”) seeks recognition for a new category of the protected area, reflecting Indigenous worldviews and ancestral practices.

Reversing land degradation in rural and mountain communities in Kyrgyzstan, BIO-KG has spearheaded the creation of “Organic Aimaks” (communities), whereby villagers commit to organic-only agriculture based on traditional knowledge and agrobiodiverse food systems. The model was instrumental in the government’s announcement to transition to organic agriculture nationwide within a decade.

These two farmer unions, part of a coalition of agricultural unions and farmer groups in Niger, have improved food security, local livelihoods, and community adaptation to climate change by promoting agrobiodiversity in participatory research, restoration, and regeneration of degraded land, and organic agriculture.

Please visit the Prize site or join the conversation by using #EquatorPrize on Twitter or Facebook for more information.

Tags agriculture sustainable development UN
You May Also Like