Two Kurdish environmental activists were arrested by Iranian security in the West Azerbaijan province after a fresh wave of arrests began in the Kurdish areas of Iran last week, a human rights watchdog said on November 18, Rudaw reports.

Jahangir Saghernia and Khabat Khatial were arrested on November 17 by security forces. The two are members of the Piranshahr Environmental Supporters Association, and it is not clear why they were arrested, Paris-based Kurdistan Human Rights Network (KHRN) reported.

Iran last week arrested a significant number of activists and civilians in its Kurdish cities. At least 30 were arrested by security forces in Baneh, Saqez and Sanandaj, according to the organization.

Since the heightening of US-Iran tensions and the re-imposition of US sanctions on Iran in 2018, Iranian authorities have tightened the noose on activists, journalists, satirists, environmentalists, anti-death penalty campaigners, and researchers, detaining them in droves and sentencing some intrials which have been questioned for their legal integrity. 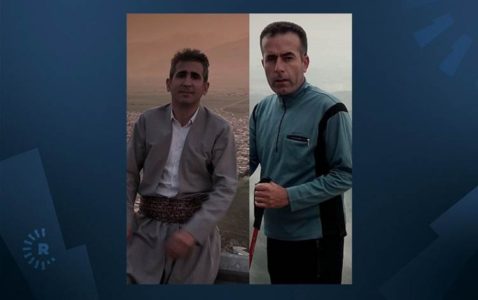 Eight environmentalists were tried in January 2018 on charges of spying for the United States. The following year, they were given jail sentences with lengths ranging from four to ten years. Human Rights Watch called the trial “unfair” and said the defendants were not allowed to see the complete dossier of evidence.

Minority populations like Kurds and Balochis are subject to frequent violations including arrests and killings in Iran. At the beginning of the year, dozens of people were arrested in Kurdish cities. In the first ten months of 2021, at least 392 people have been arrested, most of them on charges related to ties with Kurdish opposition groups, according to data from KHRN.

Another environmental activist was arrested earlier this year with at least ten other students and activists.

In January 2018, the authorities in Tehran rounded up eight conservationists from the Persian Wildlife Heritage Foundation. They charged them with spying on nuclear and missile sites by placing secret cameras near them. You may read the full story here.