The Living Planet Report 2020 (LPR) shows us that global biodiversity loss is at its worst. In order to give better directions for allocating resources, a regional assessment was performed, which Earth.org distills for you in their article.

In the LPR 2020, five major threat categories were used to illustrate the impacts that are driving biodiversity’s decline. Through this frame, governments and organizations can better come up with solutions or mitigations that are suitable for the ecosystems as well as the local communities. 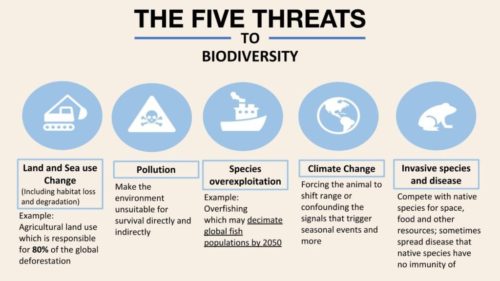 The analysis was carried out for 5 regions: Europe and Central Asia, Asia Pacific, Latin America & Caribbean, Africa and North America. Taking species population as a measure, a significant loss in biodiversity was found in all regions, with encroachment on natural land identified as the most prominent threat to wildlife. Latin America & the Caribbean have sustained a loss of 94% since 1975.

Here, we will guide you through threats each region is facing and give some current examples.

We are in a time of global upheaval, both politically, economically and in regards to our environment. The latter has not yet superseded the two former, but report like the LPR are driving a growing understanding on the gravity of the situation. Our life-support system, the world we live in, is in a critical state and to simply understand and acknowledge this is the first step.

Tags biodiversity loss Ecosystems wildlife WWF
You May Also Like