A pink water body found in the north of Qatar has become a viral topic on social media after some Twitter users posted pictures and videos of the same. It was not clear yet why the water is pink in color, but officials from the Ministry of Environment have collected samples from the stream for further study and tests, The Peninsula Qatar reports. 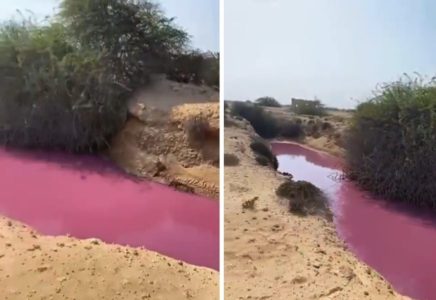 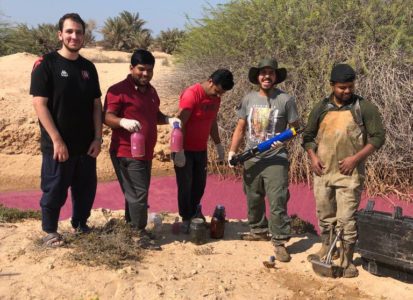 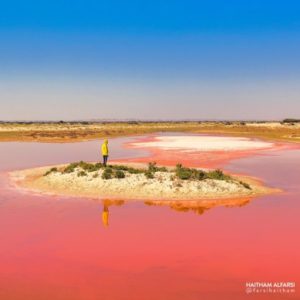 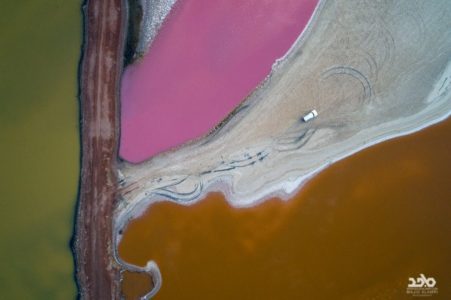 A Twitter user, Mohammad Abdul Mohsen Al Fayyad, posted a video of the stream tagging authorities. Later he posted update thanking officials for quick action by sending a team to do tests at the pink stream.

Some environmental enthusiasts commented that due to lack of rain, the water became salty, and its temperature was high. So, types of bacteria and algae that love to live in saltwater were activated in it and secreted a pink substance that caused the water to turn pink. The Peninsula media was not able to officially verify the claims from scientists or officials.

The Qatar authorities explained that the water turns pink in lakes, springs, and some wells due to the formation of a type of algae known as Dunaliella salina.

This species can live in water ten times the salinity of the sea and usually results from a lack of rain, which causes stagnation in the water and an increase in the proportion of salt.