H.H. Sheikha Fatima bint Mubarak, Chairwoman of the General Women’s Union, Chairwoman of the Supreme Council for Motherhood and Childhood, Supreme Chairwoman of the Family Development Foundation, and the “Mother of the Nation,” congratulated Razan Al Mubarak, Managing Director of the Environment Agency-Abu Dhabi and the Mohamed bin Zayed Species Conservation Fund, for being elected the President of the International Union for Conservation of Nature (IUCN), making her the second woman to lead IUCN in its 72-year history and its first president from West Asia. 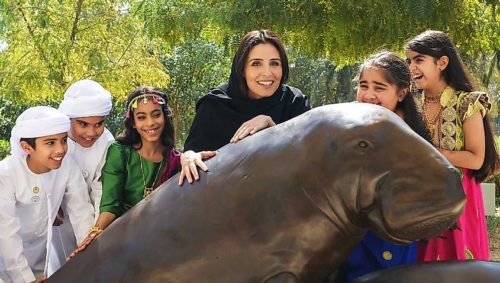 Razan’s achievement is the outcome of the UAE leadership’s support for Emirati women over the past 50 years and its keenness to empower them to make transitional shifts, especially in environmental preservation and sustainable development, which established them as role models for women around the world, Sheikha Fatima said.

You may read about the “25 Years of Preserving Sheikh Zayed’s Environmental Legacy” book here.