A graduate from Oman’s premier Sultan Qaboos University, Yousef bin Yaqoub Al Busaidi, has innovated a wind vane that traps the energy released from vehicle movement on highways, stores and releases it for use as required, Gulf News reports.

The sleek wind vane is characterized by a longitudinal design that occupies a small area that traps the air current coming from vehicular traffic on both sides of the road, as well as the natural wind coming from all sides. The energy so trapped is in turn stored in an in-built battery that gets automatically charged this way.

The energy that is thus stored and charged throughout the day is used for lighting high-way lamps, operating speed control devices, and also to power-up advertisement panels. 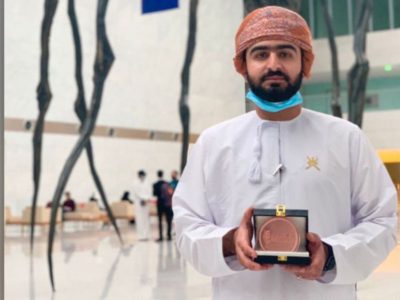 Al Busaidi said the idea came after a careful study and research of the 330km long Al Batinah Highway. The cost-effective solution derived through the highway vertical wind turbines would help create alternative energy with a clean and low-cost resource. Al Batinah highway is an 8-lane main road in Oman that connects Muscat to the Sohar Port and to the UAE border, which was opened to traffic in 2018.

His idea and prototype won a bronze medal at a recent event held in Qatar, and was among the 100 innovative ideas selected for award from among 5,000 entries.