Oman stands for a health system resilient to climate change

Rising global temperatures are fuelling devastating extreme weather worldwide, with spiraling impacts on economies and societies. The average global temperature for the past five years has been among the highest on record.

Reports predict an increasing likelihood that temperatures will temporarily breach the threshold of 1.5° C above the pre-industrial era in the next five years. Efforts to cut emissions, adapt to climate threats and deal with health problems are very often carried out separately.

According to a new multi-agency United in Science 2021 report, greenhouse gas concentrations in the atmosphere continue at record levels, committing the planet to dangerous future warming.

Rising temperatures weigh upon vulnerable populations such as the elderly and impoverished, who have suffered disproportionate increases in heat-related hospitalizations and deaths.

Organizers devoted the 6th and 7th days of the summit to talks about the climate, its variables, and its impact on the health system.

Remarkably, the Sultanate of Oman too has pledged to reduce its greenhouse gas emissions by just 7% by 2030 in addition to its commitment to significantly strengthening the health system and making it more sustainable and able to withstand climate changes, Oman Observer states. 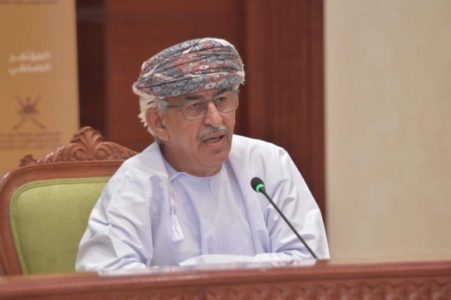 “We will work to achieve several goals in accordance with a specific timetable to contribute to strengthening the health system and making it more sustainable and able to withstand climate changes and reduce greenhouse gas emissions that are harmful to the environment, including related supply chains,” the minister said.

The Sultanate of Oman is one of the most vulnerable countries in the Gulf to the adverse impacts of climate change. It has a heightened degree of awareness and concern about global warming and its negative impacts.

Other objectives of the Sultanate of Oman include using the assessment and the national plan for adaptation in the field of health to climate change to attract the necessary funding for the development of the health system in line with the principles of sustainability and respect for the environment.

And assessing the greenhouse gas emissions associated with the health system, including supply chains, revealed the minister, the Sultanate of Oman has finalized an action plan to develop an environmentally friendly health system with low greenhouse emissions.

This, he said, includes everything related to supply chains, air pollution and human exposure to it, and the role of the health sector in reducing pollution.

The Sultanate of Oman has already embarked on severe structural reforms and transformative policies to lay the groundwork for a low carbon economy and shift to low-emission sustainable development pathways over the last five years.

The country has developed a comprehensive Vision 2040 policy to further liberalize and diversify the economy by increasing investments in tourism, financial services, and port logistics. Additionally, the National Energy Strategy established an audacious goal of generating a significant portion of electricity from renewable sources by 2030.

Meanwhile, during COP26, The Kingdom of Bahrain reiterated its commitment to continue upgrading its health system to confront any potential impact of climate change. You may read more here.