Natural wonders of UAE: 10 things to do in Ras Al Khaimah

Whether you are a long-time UAE resident or in town for Expo 2020 Dubai, there’s no better time to explore the country, especially as temperatures begin to drop and the many outdoor attractions become viable again. There is no better place to enjoy the UAE’s varied topography than Ras Al Khaimah, where you can get a birds eye view of the Hajar mountains from a zipline, or enjoy a round of golf with two feet firmly on the ground.

We’ve found The National News review of 10 things to do in the emirate: 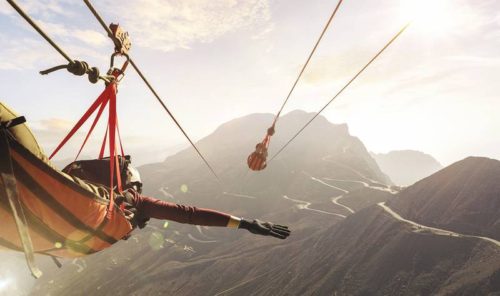 Ras Al Khaimah’s most famous attraction, the 2.8 kilometre Guinness World Records-certified Toroverde zip line, has put the UAE’s northern-most emirate on the world map. Reaching speeds of up to 120 kmph, this is not for the faint-hearted, although the distance is traversed quickly as daredevils fly head first across the Hajar Mountains. A bucket-list activity for the brave, the experience, set at 1,680 metre above sea level, allows visitors to enjoy breathtaking views across the Middle East’s Grand Canyon.

The Jais Sky Tour is a great alternative to the longest and fastest zip line, as it offers a more gentle zig zag through the cliffs and canyons, with stops in between the seven lines. The hour-long course runs more than 5km, with lines ranging from 337 metres to a little beyond 1km. Though slower than Toroverde, this is still a thrilling journey, with average speeds of close to 100kph. The tour includes a stop at the UAE’s highest sky bridge, located 1,250 metre above sea level, offering picturesque bird’s-eye views.

Ras Al Khaimah offers spectacular hiking terrain. A range of options, from beginner friendly routes such as Wadi Monay to the advanced Stairway to Heaven, showcase the diversity of the natural environment. The Hidden Oasis and the Balcony Hike present some of the wonders of nature in the emirate, with water hikes and elements of climbing for those seeking more of a challenge. RAK Tourism Development Authority-accredited companies such as Adventurati Outdoors are a safe option for hikers of all levels.

This family-friendly activity is a fun way to explore Ras Al Khaimah’s terrain. Attached to a steel cable that runs along a 1km-route and includes three short ziplines, visitors will climb, scramble and hike around the mountain’s edge on the UAE’s tallest mountain, Jebel Jais, while enjoying jaw-dropping views. Suitable for children above 12, it’s a great introductory activity for people curious to learn more about climbing and zip-lining, before taking on some of the more challenging activities in the area.

Ras Al Khaimah’s mangroves are home to an array of wildlife, including a large flock of flamingos. The perfect activity for nature-lovers, the area is peaceful and picturesque, and offers a welcome escape from the city. Though tour companies offer guided excursions, the waters are gentle and the course easy enough to simply venture out and explore the scenery. An affordable activity that is fun for all the family, kayaks can be hired from the RAK International Marine Sports Club near the city’s Corniche.

The UAE has a long history of pearling dating back to as early as the 12th or 13th centuries. The pearl trade played a key role in boosting the country’s developing economy in the late 19th and early 20th century, with pearl divers going out on voyages that lasted up to four months during the midst of summer. This fascinating history is chronicled at the Suwaidi Pearls Farm, founded by Abdulla Al Suwaidi, whose family has a 7,000 year legacy of pearl diving. Visitors can see how the farm cultivates the Gulf pearl oyster, now applying modern techniques to ancient traditions. 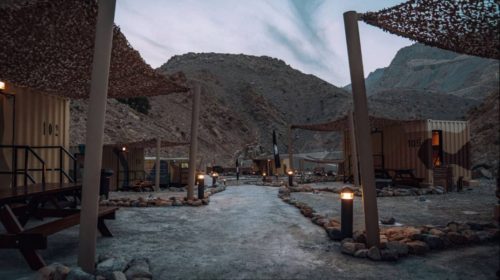 Adventure seekers can learn extreme survival techniques in the wilds of Ras Al Khaimah at the Bear Grylls Explorers Camp, founded by the British celebrity survival expert known for his daring adventures around the globe. The courses range from four hours to several days, and include family experiences and trips for serious adrenalin-lovers where insects are very much on the menu. From learning to start a fire to using the sun to navigate, the courses will teach and inspire even the least daring travellers, and are set in the stunning surrounds of the UAE’s highest mountain, Jebel Jais.

There’s a long tradition of equestrianism in the UAE, so exploring on horseback gives visitors a unique insight into the country’s rich natural heritage as well as a beautiful perspective of this rugged landscape. Ras Al Khaimah’s Al Wadi Equestrian Adventure Centre offers beginners or advanced riders the opportunity to ride through the rolling red sand dunes of the the emirate’s desert. Dotted with native ghaf and sidr trees as well as herds of Arabian oryx and gazelle, visitors to the wildlife reserve can also experience the local flora and fauna. 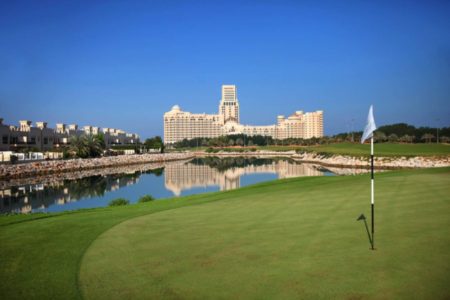 The emirate now boasts two world-class golf courses for players keen to keep up their game. This lesser-known golf destination offers a peaceful round, with a backdrop of either the ocean or the Hajar Mountains. Al Hamra Golf Club is the newest of the facilities and is located on the shores of the Arabian Gulf. The club has an 18-hole championship course, in addition to a practice facility and a par-three academy course. Tower Links, which opened in 2004, offers five different tee options and views of the nearby mountains. 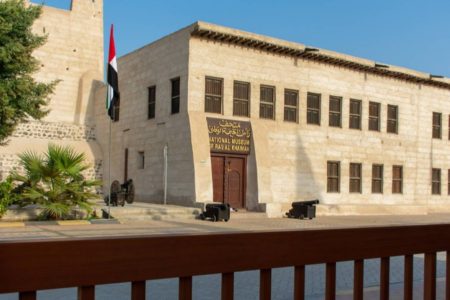 This converted fort, home to the ruling family until 1964, chronicles the emirate’s centuries-old history. The building itself, also used as a prison and police headquarters until it was converted into a museum in 1987, was built in the traditional style of the region, from local coral stone, and features an impressive watch tower. The original antique doors and wooden carvings display the architecture of a bygone era in a museum whose walls could tell a thousand stories. You may visit site of the Museum.

As winter sets in Qatar, wild-camping in the desert is getting popular again, and a newfound desire is driving up its appeal – a slice of the Bedouin lifestyle. Read how tourists in Qatar are getting enamored with the Bedouin way of life here.