Ministry removes 125 tonnes of waste from northern beaches of Qatar

The Ministry of Municipality, represented by the Beaches and Islands Department of the General Cleanliness Department, completed the first phase of the campaign to clean the northern and northwestern beaches, starting from Aba Zulouf Park to Al Reem Reserve, Qatar-Tribune reports. 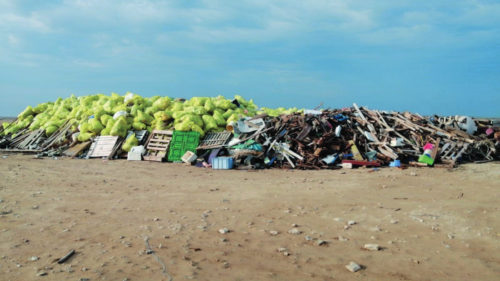 The campaign resulted in the collection and removal of large quantities of waste on the beaches, estimated at approximately 125 tonnes of various wastes of wood, plastics, cans and bags, as well as the removal of 45 car tyres, seven iron drums, two fibre water tanks, one dead large sea cow and two turtle.

Work is still going on in the second phase of the cleaning of Al Reem Reserve to Doha.

Do you want to help do beach clean-ups in the UAE? Join the Azraq NGO campaign! Read more in our exclusive interview.

Tags garbage plastic Qatar sea
You May Also Like