We’ve found an impressive compilation of the photos made by The National News. Few of them are masterpieces of art photography. Let’s have a look at the pictures carefully. 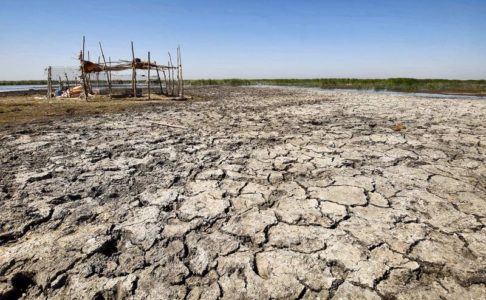 The dried-up and cracked surface of what used to be marshland at Chibayish. 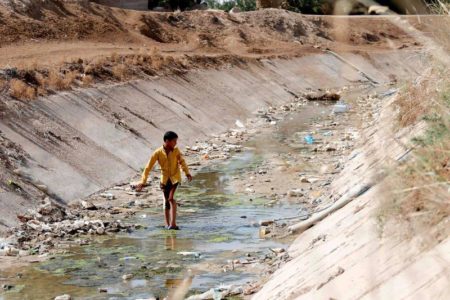 A boy walks along through an almost empty irrigation channel in the village of Sayyed Dakhil, east of Nasiriyah city, 360 kilometres south of Baghdad. 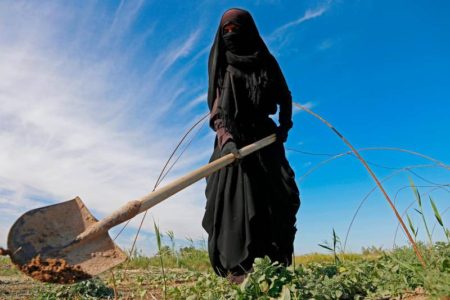 A farmer digs in a field in Diwaniyah, 160 kilometres south of the capital Baghdad. Iraqi farmers have traditionally not needed wells, but drought now threatens the livelihoods of nearly a quarter of the country’s population in the southern provinces of Diwaniyah, Muthanna and Missan. 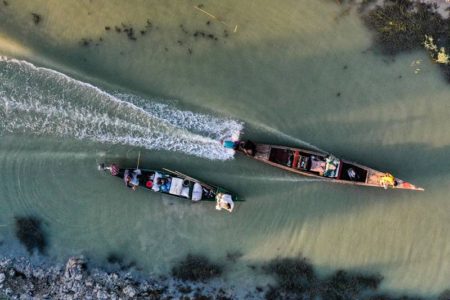 An aerial view of fishermen’s boats in ahwar marshland at Chibayish. Already much-reduced through draining for cultivation, drought now threatens the marshes and way of life of the Marsh Arabs. 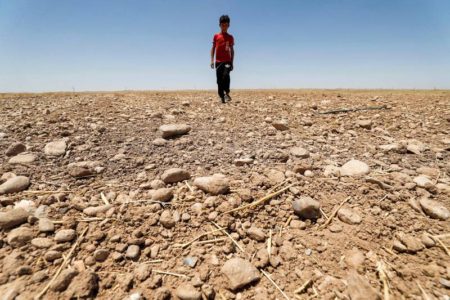 A boy walks through a dried-up field in the Saadiya area, north of Diyala. Temperatures in Iraq have exceeded 50°C. 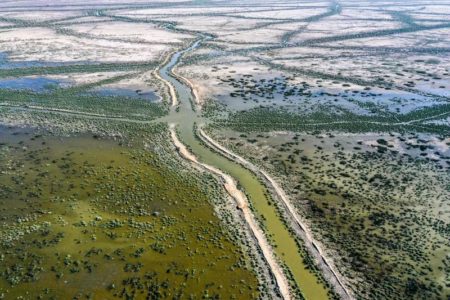 An aerial view shows ahwar marshland at Chibayish, in Iraq’s southern Dhi Qar province, drying out the country bakes under a heatwave. 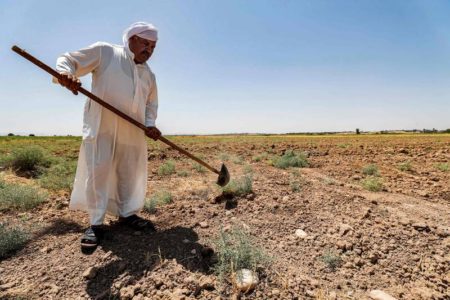 A farmer digs field in a parched field at his farm in the Khanaqin area, north of Diyala, in eastern Iraq.

Tags agriculture climate change drought Iraq
You May Also Like