Easy deal. How hydrogen has turned from an anachronism into a global trend

Everything new is well forgotten old. Remember the photo of electric cars of the early twentieth century? For decades, people believed that autonomous electric vehicles were an anachronism that died just after birth due to inconvenience in use. But now, electric cars have become commonplace.

Moreover, the European Commission has already announced that from 2035 it will ban the sale of new cars with internal combustion engines. They will be replaced by “trains” and hydrogen cars – another anachronism with a great future. In the XIX century, thanks to hydrogen, humankind took over the airspace – this gas was used to fill the shells of balloons and airships. But with the advent of aircraft, hydrogen was not needed. However, in the XXI century, it will be the primary fuel for land transport.

The hydrogen engine emits nothing but water – this looks like the principle of zero-emission in action. Cars with a hydrogen engine are devoid of the main disadvantage of “electric trains” – long-term charging. Moreover, hydrogen engines have a crazy efficiency: when burning hydrogen in special fuel cells, up to 65% of energy is converted into electricity, which feeds the car’s electric motors. Their efficiency, in turn, is 80-90%. In a hydrogen car, about 50% of thermal energy is converted into kinetic energy. The efficiency of the most complex internal combustion engines does not exceed 38%, and it is about 25% in most cars.

In addition, hydrogen should replace gas and coal in thermal power plants, which are needed to adjust the amount of energy produced by nuclear power plants and renewable sources during peak hours.

On August 30, the Chinese oil company Sinopec announced its intention to invest $4.6 billion in hydrogen plants and a network of gas stations by 2025.

However, so far, the world leader in hydrogen energy is Germany. Currently, more than 200 hydrogen gas stations operate in this country, and by 2023 their number will reach more than 500. By 2030, they promise to open new power plants with a capacity of 20 GW. The government will allocate €30 billion for their construction.

Other European countries are also catching up. Already, a mixture of 80% hydrogen and 20% natural gas (a gas impurity is needed to prevent the pipes from freezing when extremely volatile hydrogen pressure drops) is heating the University of Kiel building and several towns in Staffordshire in the UK.

In the European Union, the number of water transport is growing every year, the total fleet of which should reach almost 5 million units by 2030. In the EU, there is a program “Hydrogen Corridor” (H2 live). It envisages building a network of hydrogen filling stations throughout the European Community by 2030 on a “10-minute drive” basis. 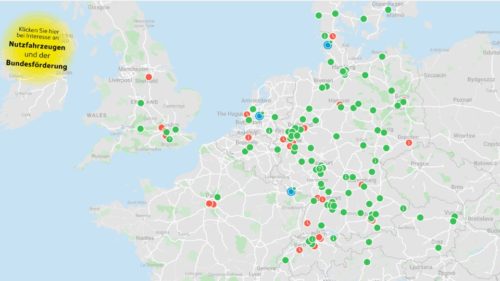 As for global trends, according to the forecasts of the international organization Hydrogen Council, by 2050, the share of hydrogen in world energy will reach 18%.

Now let’s delve into the theory. There are three types of industrial hydrogen production technologies. They are conventionally called gray, blue, and green.

Gray is the production of hydrogen from natural gas. This is the oldest and least environmentally friendly technology; it is used less and less every year.

Greens – the same electrolysis, but due to energy from renewable sources: solar or wind power. In recent years, the cost of solar panels has fallen significantly. So in the EU, the cost of solar energy has approached the cost of energy produced at nuclear power plants: €0.06 and €0.04 per kW/h, respectively.

According to researchers from the Massachusetts Institute of Technology, hydrogen production using energy from solar panels could become profitable over the next ten years. And according to the forecasts of the International Renewable Energy Agency IRENA, by 2025, “green hydrogen” will cost $4-6 per kg (twice cheaper than now) with the prospect of reducing prices to $2 per kg by 2040.

In short, in the coming years, the world will need a lot of hydrogen. Becoming a “hydrogen hub” requires three components: the ability to generate a lot of electricity, significant water resources, and an extensive network of gas pipelines.

You may read the story about hydrogen as the Middle East’s next black gold here.

Tags clean energy EU hydrogen
You May Also Like