Assigned by His Majesty Sultan Haitham Bin Tarik, DNews 6 Minister of Education, Chairperson of the Oman National Commission for Education, Culture and Science, hand over the UNESCO-Sultan Qaboos Prize for Environmental Preservation on 17 November 2021.

The award handing-over ceremony was held on the sidelines of the UNESCO 41st session of the General Conference in Paris, Times of Oman reports. 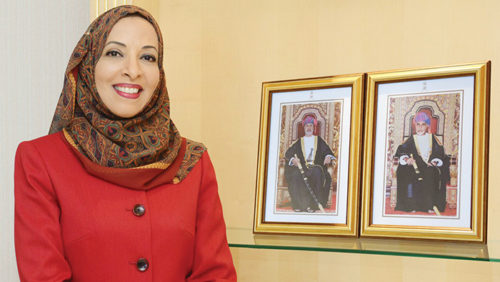 The 16th edition of the prize was handed over to mark Oman’s celebration of the 32nd anniversary of the award.

Initiated in 1989 as the UNESCO-Sultan Qaboos Prize for Environmental Preservation, it is awarded for outstanding contributions by individuals, groups of individuals, institutes or organizations in the field of the environment.

The UNESCO Sultan Qaboos Prize for Environmental Conservation is a biennial award “to afford recognition to outstanding contributions by individuals, groups of individuals, institutes or organizations in the management or preservation of the environment, consistent with the policies, aims and objectives of UNESCO, and in relation to the Organization’s programs in this field”.

Candidates must have made an outstanding contribution in one of the following fields:

Establishment and management of protected areas, such as biosphere reserves and natural World Heritage site

This prestigious Prize has been made possible through a generous donation to UNESCO by His Majesty Sultan Qaboos Bin Said Al-Said of Oman in 1989.

This year’s UNESCO Sultan Qaboos Prize for Environmental Conservation was awarded to the Forest Research Institute Malaysia (FRIM), Malaysia and to the University for International Cooperation (UCI), Costa Rica, following the recommendation of the international jury of the prize. The award ceremony was held at UNESCO Headquarters in Paris, France, on 17 November as part of the celebration of the 50th anniversary of the Man and the Biosphere (MAB) Programme during the 41st General Conference of UNESCO.

In recognition of initiatives to monitor and preserve endangered species of national interest, producing publications such as the Malaysian Plant Red List in efforts to monitor the conservation of critically endangered species and documenting the traditional knowledge of indigenous peoples and local communities.

FRIM is one of the leading institutions in tropical forest research in the world. It has developed significant research activities on biodiversity, forest ecosystems management and restoration, and sustainable forest products, while contributing significantly to biodiversity conservation at the national level. FRIM also contributes to the inclusion of environmental education in curricula and training teachers in Education for Sustainable Development.

In recognition of support to create new biosphere reserves in Latin America such as  Sumaco (Ecuador), Cabo de Hornos (Chile) and Agua y Paz (Costa Rica) and the promotion of regenerative practices in the biosphere reserves.

UIC’s main areas of action are the conservation of biodiversity, territorial management, local development, food safety from farm to table, regenerative agriculture and livestock, sustainable tourism and project management, using a transversal ecosystem regeneration approach. Through its Latin American School of Protected Areas (ELAP), UCI has contributed to capacity building across Latin American and Caribbean to train protected area managers. UCI is also contributing to reverse effects the of climate change and biodiversity loss on ecosystems through its initiatives in the Regenerative Communities Network.

The Jury also recognized both institutions’ stellar public outreach and awareness initiatives, such as outdoor activities for students and the development of community farms and eco-tourism.

Laureates are awarded US$50,000 each, a diploma and a medal.

The establishment of the Zayed International Prize for the Environment in 1999 became a fitting tribute to the memory of a national leader who has done so much for this cause. It reflects the UAE’s efforts in environmental conservation and the will to care of both the government and its people.

Do you want to know more about the Prize? Read here!

Tags environmental conservation Oman Unesco
You May Also Like