Bio-building materials: what is it, and what is their future?

Construction and the production of building materials themselves pollute the environment, consume energy, and drain the planet. To do this in a climate-neutral and circular manner, Sher.media advises to switch to so-called “bio-based building materials.” It can be any natural, renewable raw material from cane, watercress, seaweed, mycelium, and so on. Wood, especially untreated wood, is also one of them.

There are several reasons for using bio-based building materials. First of all, it is a choice in favor of health and comfort and reducing the impact on the climate. It is essential to understand that the production of popular concrete and steel requires a lot of energy, and bio-raw materials make construction more environmentally friendly also because less CO2 and nitrogen are emitted as a result. In addition, some materials are becoming scarce: sand, which is used in the same concrete, is becoming less and less.

To create a climate-resistant and livable environment, more natural materials need to be incorporated into its design. But how to do that? Here are some of the latest developments from the Netherlands. 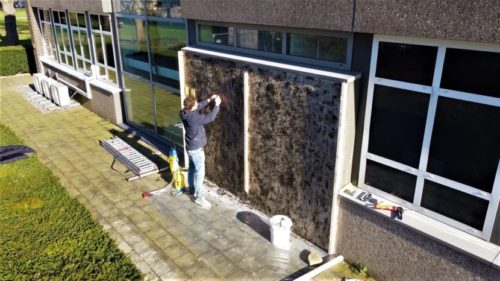 Photo from the site of the Respyre project

The Delft University of Technology has developed a special concrete with high moisture absorption and water retention capacity. The goal of the Respyre project, based on close collaboration between innovators and scientists, is to apply it as a layer to existing concrete surfaces and… grow moss on them!

Why Moss? It differs from other vegetation types in that it absorbs most of the nutrients that support growth through the leaves rather than through the root system. This enables them to purify air and water from contaminants, absorb and retain water in the event of heavy rainfall, evaporative cooling on hot days, and provide sound insulation.

More than 500 species of mosses grow in the Netherlands, and about 40 of them grow on rocky materials, including concrete. Some of its porous species contribute to the abundant growth of moss, but specially developed in Delft. Therefore, the surfaces on which this bioreceptive material has been applied and moss has been planted as an experiment will eventually turn into “living” ones. 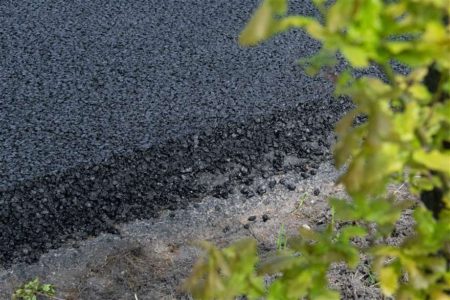 An essential step towards creating livable cities is greening road construction. The Netherlands has long been developing and searching for durable materials to replace bitumen, the cementitious component of conventional asphalt. It was here that a bio-asphalt road based on lignin, an organic polymer that is naturally present in the cellular structure of most plants, including trees, was commissioned for the first time in the world. The difference between this road and previous similar projects is that this time bio-asphalt was used in different layers and partially mixed with recycled asphalt. Never before has a full-fledged road construction consisted of such a combination, and even in the Netherlands before that test strips were laid in which only the top layer contained lignin.

The main advantage of lignin as an alternative to bitumen is that it has a much more favorable environmental profile: replacing half of the bitumen in asphalt with it will result in a 30% to 50%reduction in CO2 emissions. This means a reduction in the use of 300,000 tonnes of bitumen per year in the Netherlands alone.

In total, more than 20 tests of bio-asphalt have already been carried out here. They are necessary for the technology to be tested and prepared for use in the market. As these studies show, its functionality is not inferior to the usual, so scientists predict that the eco-friendly version of asphalt will become a widely used product within five years. 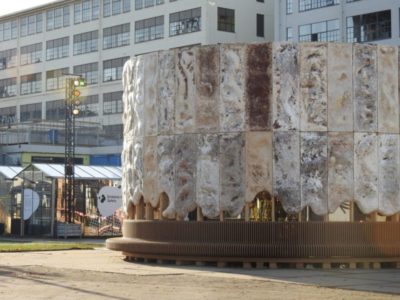 Photo from the site of the project The Growing Pavilion

Mushroom is another substance that is increasingly falling into the hands of innovators and can replace several popular materials shortly. It is a root network of fungi consisting of thin filaments – hyphae. Growing on a substrate (wood chips, reeds, or straw), fungi partially digest plant debris and bind them together with other hyphae, creating a network. If this process is stopped in time, a durable mixture is formed, which is ideal, for example, for the manufacture of various accessories, floors, sound panels, and even bricks.

The most famous mycelial projects in the Netherlands are perhaps The Growing Pavilion and Living Cocoon, presented at Design Week in 2019 and 2020, respectively. The first was a temporary event space made entirely of biomaterials: mushroom mycelium panels, a reed mace floor, and a timber frame.

Although the structure of such a structure is still in its experimental stage, the team is working on creating panels that will last outdoors for several years. 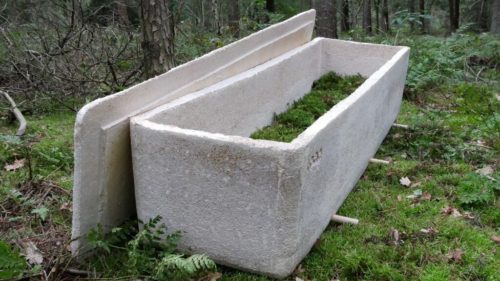 The second project undertook to reduce the negative impact of human activity on the environment and make its completion more environmentally friendly. A “living cocoon” is a coffin, the walls of which are built of mycelium and therefore cause a faster decomposition of bodies: it is entirely absorbed by the soil in 45 days, and the organism in it – in 3 years. At the same time, the system works cyclically: nutrients, like compost, enrich the earth, and toxic ones are neutralized. The product, worth almost 1,500 euros, turned out to be in demand on the market: more than 50 people have already been buried in “living” coffins, and the company that invented them has acquired its own derivative workshop.