The UAE has adopted state-of-the-art technologies to ensure the sustainability of water resources mainly fed by precipitation, as part of the country’s leading role in tackling the most pressing global issues that demand urgent action, including water security, WAM reports.

In the following report, the Emirates News Agency (WAM) reviews the UAE’s efforts in sustaining water resources. Rain enhancement helps limit global warming and its detrimental effects, such as droughts and high-water evaporation rates. Cloud seeding techniques are effectively used to enhance the micro-physical processes within the cloud, helping us harvest more water from the cloud and strengthen precipitation by a global average of 18%.

The potential future effects of climate change include prolonged drought in some regions and a surge in tropical storms in others. To prevent the long-term consequences of climate change on future generations, the UAE has adopted cloud seeding to offset the lack of natural water resources and increase the amount of rainfall. This has allowed the country to adapt to the challenges of drought in the Arabian Peninsula and other arid and semi-arid areas across the globe.

The UAE started its cloud seeding operations in 2002 through the National Centre of Meteorology (NCM) to address water security issues. The country followed the conventional approach of igniting hygroscopic flares composed of natural salts (primarily potassium chloride) at the base of convective clouds near the updraft core.

In the early years, the operations targeted frequent summertime convection along the northeastern Hajar mountains. The country’s cloud seeding infrastructure subsequently expanded over the years until suitable cloud candidates were targeted year-round over the entire UAE from 2010 onwards. 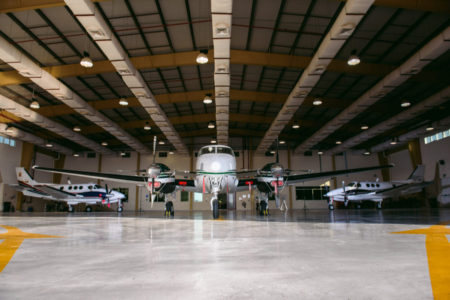 The National Centre of Meteorology is the entity responsible for implementing cloud seeding operations across the UAE. The Centre boasts specialized expertise and state-of-the-art infrastructure comprising more than 100 meteorological stations, an integrated network of radars covering all parts of the country, custom-designed aircraft to carry out cloud seeding operations, and a factory to produce high-quality hygroscopic salt flares for use in cloud-seeding operations.

The program aims to promote the scientific advancement of new technology in the field. It provides managed grant assistance to projects targeting innovative research on cloud seeding and the broader field of rainfall enhancement.

Managed by the NCM, the program supports scientific research in rain enhancement and stimulates the development and deployment of innovative rain enhancement technologies. It offers promising research proposals a grant of up to US$1.5 million distributed over three years with a maximum annual amount of $550K.

Over its three cycles, the program offered grants to nine innovative research projects. In early 2021, the program opened its fourth cycle for proposal submission, and the winning proposals will be announced in January 2022. The program built connections with 1,811 researchers and scientists from 806 institutions in 70 countries and received 451 research proposals over its four cycles through its global outreach work.

The awardee projects contributed to the development of new technologies in rain enhancement, such as nanomaterials, UAVs, cloud simulation rooms, and a jet engine composite system to stimulate local updrafts, among others.

The awardees registered four patents, published 74 peer-reviewed articles in international scientific journals, participated in 97 international conferences, and carried out eight testing campaigns to evaluate the effectiveness of their projects in close collaboration with NCM and under its direct supervision.

Since its inception, the program has achieved wide global recognition, helping the UAE bolster its leading status in rain enhancement research. It has become a focal point for facilitating global research collaboration and knowledge transfer to ensure sustainable water resources for countries at risk of water scarcity.